Today was my first long day at school, so Renee took the boys to the park..without me...not fair. Once again I realize, that I have the cutest boys in the world! 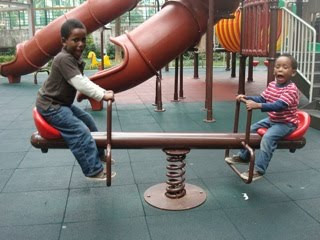 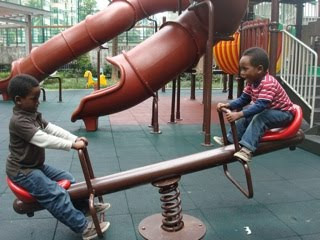 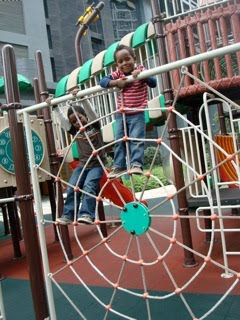 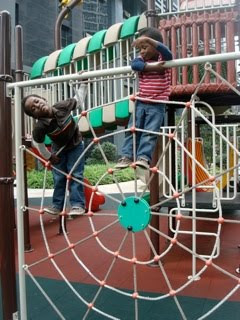 Countdown to Glad We Gottcha Day! 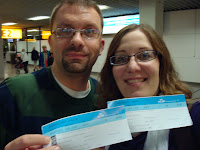 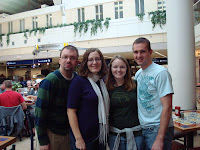 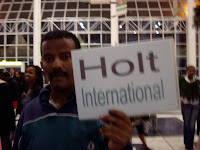 Our First Step To Bringing Our Boys Home
Posted by Ransom Family 5 at 6:36 AM 0 comments 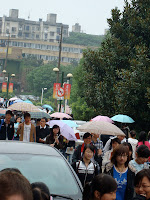 Well, school finally started this week. For me that is. The freshman started classes this week, (because of military training)
but the the other students have been attending for 3 weeks already. So I get the beginners in English..but an extra three weeks off!
Sometimes we get the question…why are you teaching? I thought you were in China to do other stuff? The answer is yes we are…but we need a visa into the country, and a resident permit that allows us to live here. Thats where the University comes in.
I do enjoy teaching, and being a part of the students lives, so its not a sacrifice. You get to meet some amazing kids, and have a chance to speak into their lives. You get to spend time with kids, who are away from home for the first time, and discovering what they believe.
I am teaching at Hunan University of Commerce. I teach freshman Oral English, Intercultural Communication, and Lingustics. So far, the kids are great and have a good grasp on English. None of them have had a foreign teacher before, and several have told me that I am the first foreigner they have ever spoken to. I have to be careful not to develop an ego!
Between my 9 classes, I have over 400 students, so it can be daunting, but I think it will be okay.
But I am very grateful for a wonderful school, and an amazing city, and an even more amazing country that I am allowed to live and work in. I am blessed....
Posted by Ransom Family 5 at 11:44 AM 1 comments

Step 1. Go to vegetable market and buy vegetables. Be prepared to be stared at, and giggled at when you use Chinese. 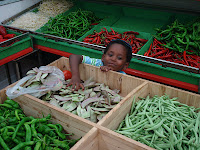 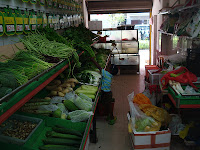 Step 2. Wash all the vegetables you just bought, to make sure you don't ingest some yucky Chinese dirt. 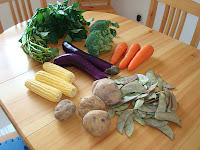 Step 3. Chop and pre-boil most of the vegetables, as Chinese food is cooked very quickly at a very high heat, and they will not cook through all the way. Cook all of them, adding such things such as salt (a must for Chinese cooking) soy sauce, oyster sauce (though not on the same dish) ginger, garlic, and red pepper flakes. 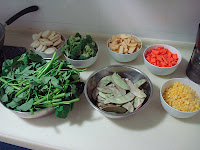 Step 5. Bring all the prepared dishes to the table, and congratulate yourself on a job well done. In reality, Chinese people would be embarrassed by how the dishes look, but you can feel pride in doing well. 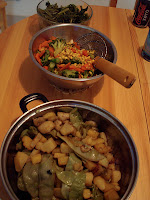 Step 6. Look at the proof. You feed your family, with leftovers for tomorrow, for $3.50 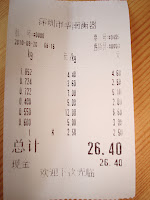 You could add a cup of milk for the kids, that way they get their protein for the meal too.
Posted by Ransom Family 5 at 7:52 PM 0 comments 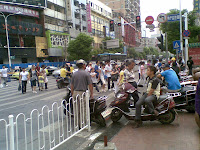 This entire week has been what we call a "China Week". By definition a China week is this:  the realities of life overseas, while not normally overwhelming, become very hard to handle. It can deal with any aspect of life, but generally occurs when you have to deal with a 19th century way of doing things, while living a 21st century life.
That is we dealt with this week. It was one of those weeks that stretches you, teaches you patience, and brings an incredible amount of stress. We had to get our resident permit, an event that in itself is simple, but requires an incredible amount of paperwork, waiting in line, and basically doing what they say, in the manner they say it, even if it never happened before in that manner…..We are heading back for our 3rd time tomorrow.
We had issues with bank accounts, to access online banking you have to go to the bank, and have them do it for you. Well, that requires a US passport, which the police have because of our resident permit.  But then, we found out that the passport will not work, and were told we can't do it…. 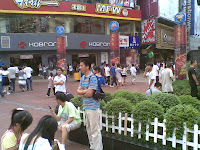 There were several other things that happened as well that just made for a hard week. Honestly, we were not in the best of moods yesterday, as we went to the church for our small groups…
But while we were there, all that changed. We had the chance to have some great conversations, and answer some questions that shows how much these kids want something.  We got to see some amazing students yesterday, and the privilege to talk with some of them one on one.
As we walked the bus stop via walking street, I was overcome with how much I love China and the Chinese people. The weather was amazing yesterday, mid-70's, and a nice breeze, so thousands of people were out. It was so crowded, it was literally hard to move, but that the fun part of China. Looking down and seeing thousands of people who need him. Thousands of people going about their daily life, with no clue that there is someone who loves them and created them, unique and special.
But on another positive note, Renee got asked by 3 different people if she would tutor their kids. We have aways felt that we wanted to have some sort of English tutoring school, but had no idea how or where to begin. But now they are coming to us, we see that as an answer to our PR's. 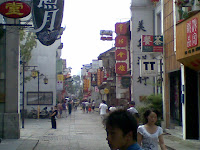 So we had a hard week, but we are where we are meant to be. In this amazing country, surrounded by the most amazing people. Doing what we are supposed to do, what we are called to do.
Posted by Ransom Family 5 at 2:24 PM 0 comments