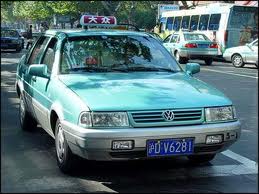 I do not usually blog about the adventures that we have in taxis and on buses, but today was an unusual day in that regard! So here it goes....

We wanted to go downtown to the big, Western mall for some Christmas presents. So we went outside and waited. This being Saturday, its hard to get one, so we waited for a while.
The first one was waiting for someone, and as soon as Tegan got up to it, the driver turned his "open" sign off.  I asked the driver why, and he said he was hungry. Its amazing how he was not hungry until he saw the foreigner, and how his hunger went away when the people next to us jumped in!

Finally another one pulled up to the curb, and a young Chinese girl ran for it. We had been waiting MUCH longer than her, so we explained that we had been waiting, and would be using this taxi. Well, that got the driver in a bad mood. They often don't like to pick up foreigners, as they think we don't speak Chinese and don't know where we are going.
We got in and Renee told him where we were going. He said he did not know....How he does not know the biggest, newest, and fanciest place in town is a complete mystery!

We had driven about a kilometer, with Renee and and the driver arguing about where we were going, when suddenly he let out the clutch, the car started shaking, and he claimed he has engine problems, and we had to get out. I told him no, we will wait for you to fix the car. He turned the key a few times to make the dashboard lights come on, but not the engine. He  then popped the hood, and in a second the car started fine...Clearly his plan to get rid of the foreigners did not work, so he went to plan B; pretending his transmission was not working. Again he said the car was broken, and we could not go. But  I then decided to be helpful and explained that starting the car in 5th gear, then going to the 3rd gear was not the correct way to drive a stick shift; and may have an effect on the problems we are having. Then adding that slamming on the brakes to make the car shake was not good for it. Finally he realized that we were to smart to fall for his tricks, so he waved down another driver to take us.
This other driver knew exactly where we were going, and did a great job. You have to give the first driver credit, he went to extreme lengths, to the point of damaging his taxi, just to get rid of the foreigners!
All part of this amazing life that we are privileged to live in this even more amazing country!