I clearly remember what went through my mind the first time I met you. "Oh my goodness, she looks like a real-life China doll." As I got to know you over the course of the next two weeks, it became clear  God was giving me an amazing, new friend, and I looked forward to seeing you again on the other side of the world.

Never did I guess that when I saw you a few months later, you'd be arriving in China on the same plane as my future husband, 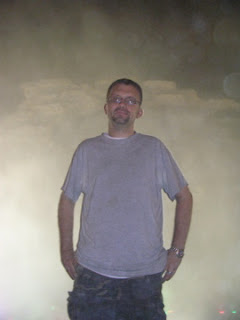 and that you and Danny would mentor us through our dating days. 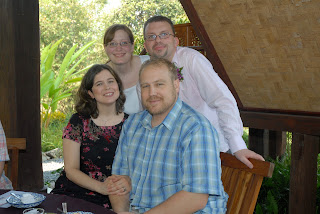 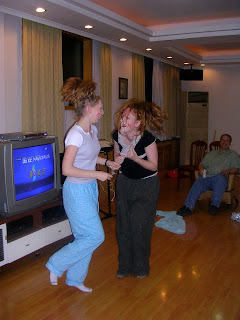 and introduce a new generation to "Saved By the Bell." 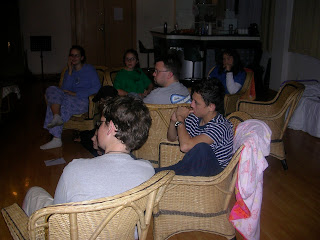 Never did I guess that you'd be the one feeding my Butterfinger addiction every time you went to Beijing. Never did I guess that you'd be throwing Josh and I a wedding shower,

that a few short months later, I'd be throwing you a baby shower for Caleb and Karen Vi 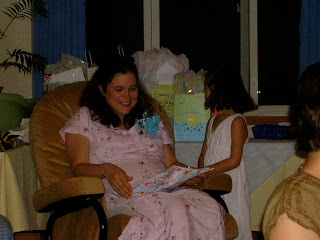 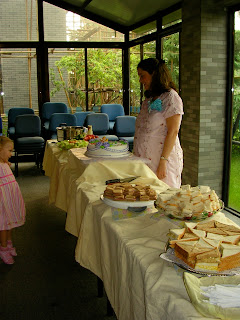 or that I'd be telling you draw a picture of your baby while blindfolded. 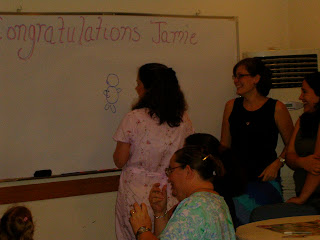 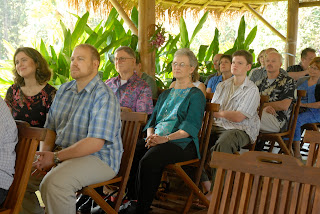 and praying for my marriage. 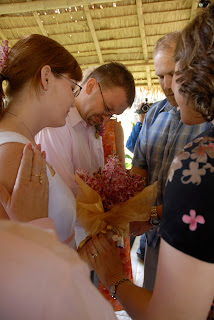 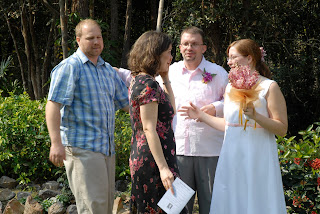 and that our kids would eventually play together. 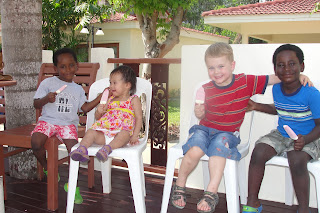 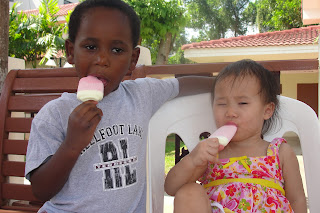 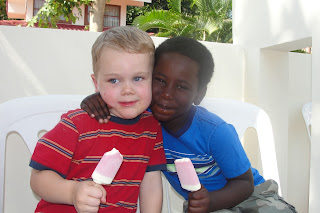 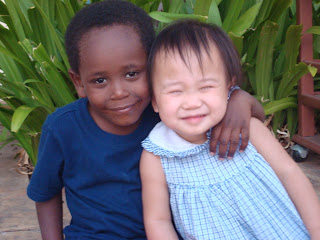 Never did I guess that I'd get to know some of the people that you influenced in such great ways. 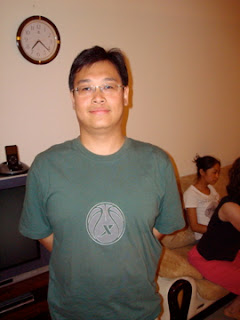 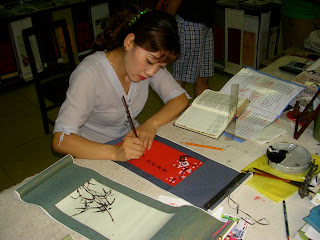 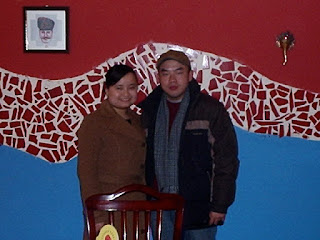 and that some of my favorite pictures of Chinese people would come from the city that you loved and served with all your heart. 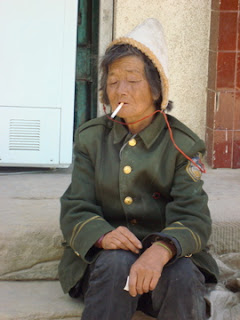 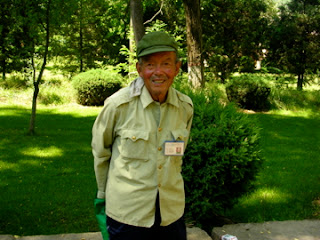 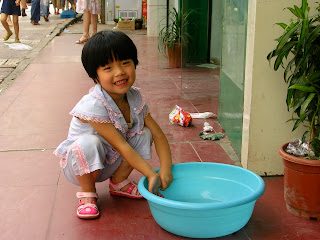 Never did I guess that visiting you in Beijing would be the last time I would get to spend with my dear friend. 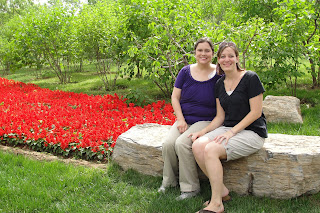 In your last few months on earth, you were in more pain that any person should ever have to endure, but you allowed God to use you to minister to so many people.  Your one prayer request was that your faith would not fail.  That is such a testament to the woman that you were.  Now that you are with your Creator, I think you'll see just how many lives you have touched and that your faith has moved mountains in the hearts of many all over the world.

For me, it's been 10 years to the day since Jesus first took my heart.  What a day to loose my best friend!  But I know that loosing you here on this Earth means that you are forever with Jesus.  I imagine you dancing with him and having a grand ol' time.

I'm a little jealous, a lot sad, and incredibly blessed to be able to say that you were my friend.

I already miss you, my friend.  Love on Jesus for me!
Posted by Ransom Family 5 at 7:30 AM 3 comments

Last night was quite abnormal in that I awoke this morning remembering what I dreamt about.  It doesn't happen often.  Supposedly everyone has nightly dreams, but I seem to recall an unusually low number of my sleepy escapades.

Back to last night, I dreamed of a conversation with a local (Chinese) friend of mine concerning the recent US presidential elections.  She posed some direct questions, ones I think all Americans need to ponder.
I, myself, have wondered some of these same things.  I'm not trying to make a political statement or give any insight into my choice for president or any other elected official.  I am however, slightly embarrassed at the behavior of my fellow Americans, and especially of those who claim to share the same beliefs as myself.  The world is watching, so let's be mindful of the responses and the commentary we give.  Is it showing love?  Is it promoting unity?  Is it presenting an example that you want others to follow?

I wish I could remember where I heard that, but it was something that came up when discussing the lack of privacy that is so much a part of the culture of China. I think it's a practice that Americans need to adopt, especially if they want to survive as a nation and have an influence on the rest of the world.

As for the questions posed by my friend in my dream...All I could say was "good question," and as I did with her, I will keep my (ever-changing) opinions about those matters to myself.

Hopefully tonight, the feature film of my dreams will be a little more exciting.  I'm politic-ed out!

Confessions of a former political junkie....

I love politics.  I love reading about the candidates, and making guesses about who will run, or who will win. My favorite TV show is West Wing, and am secretly a HUGE Bartlett, Santos, and Vinnick fan. I am disappointed that I have school tomorrow, and won't be able to refresh msnbc.com every 30 seconds as the returns come in.

Politics used to be a huge part of my life. I would argue with anyone, about anything, at anytime. If we agreed, I would argue the other side just for fun. In another life, I seriously considered being a page in Washington DC, and having a career working for the Legislative branch of the government.

Yet, this election cycle I did not open my mouth once, I have not made a single political statement on Facebook,  I have not endorsed anyone, and will not do it.  I have not watched any of the debates (though that's due more to the lack of English TV than anything else) and will support whoever our country elects as its President. Not because I blindly follow a leader, but because our Father ask us too. He made it clear, HE puts the leaders in their place, and as such will refer to them as President. We may not respect the person, but we must always respect the office.


What happened? During my 2nd trip to China in 2001, I had an amazing time. Every day was confirmation of the desire that HE had given me during my first trip 3 years before. Every day I was more certain than the one before that this amazing country is where I would spend my life. Yet, the ONE thing that is incredibly important for foreigners to remember is, you keep your mouth shut--about politics, about governments, about beliefs (religious and non religious). You don't ask people how they feel about actions taken by their government and they don't (usually) ask about yours.

So how was my love for politics and my love for China going to mix? Well something had to give. That summer I felt Father ask me to give HIM my love for politics, and for arguing nonsense. I realize that if I was going to reach the people I love, I had to give this up. So I did. It was not easy, and there are many times when I want to go back to my old way of doing things. But I can't, and won't. Because the desire and job HE gave me is more important than politics. It's more important than who the leader of a country is. It's for eternity.

As a citizen of the United States, I have a responsibility to vote, to make my voice heard, to support those that Father put in place. To pray for them, as they work in a job thats harder than anything any of us will ever do.  But for me that where my responsibility ends.
I am not trying to convince anyone, thats the wonderful thing about a democracy is we can all disagree with each other. But thats my journey, from a hardcore political junkie to a fan of watching democracy in action!
Posted by Ransom Family 5 at 1:29 PM 0 comments

This semester, I had a big problem in one of my classes. It does not matter what happened, but I had to accept responsibility for things I did not do. My prayer during this ordeal, was that the students would see Father in my actions, and that they would know how much I love and care about them, regardless of what happened.

And today we did a Cross Cultural Communication project, and all of these came out of that class that caused all of the trouble. Our Father does care about everything, and will always work for good, what others mean for bad.... 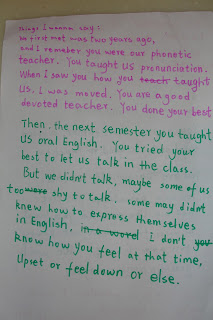 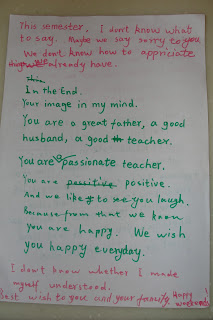 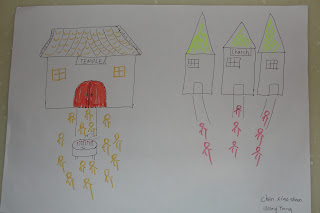 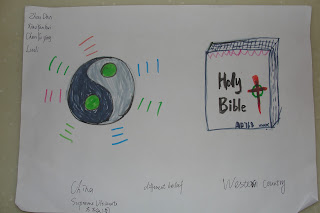