Lessons from a Cup of Yogurt

It seems as though we are learning more these days from our kids and their experiences than we are from our own lives.  I guess that's the way God plans it though.  I've learned so much about what it means to have the faith of a child by watching my children's faith bud and blossom.  (see Lessons From a Hurting Boy, Superhero, Lessons From My Son)

Usually Tae Kwon Do class runs late.  It's supposed to get out at 8:30, which is already late for a 5 and 6 year old, but is often not dismissed till 8:45.  At the last class, they did an activity involving parents, and after I went, I saw that class was not yet winding down.  I saw an opportunity for us to gracefully sneak out, so the boys put on their coats and jackets and we headed out.  At that point, the teacher stopped us and said we couldn't leave yet (yeah, they're my children and we can leave when we want, right?).  I told the teacher that it was already late and that they needed to get to bed.  I explained that foreigners go to bed earlier than Chinese because we don't take a 2 hour nap in the afternoons. He responded by saying that if we wait for just 5 more minutes, they have a gift for each of the students.  Now last time they had a gift, it was a framed picture of each kid doing a Tae Kwon Do pose, so that was really nice.  I wasn't excited about waiting, but we did.

The boys took off their shoes and coats and got in line with the others.  Then came out a huge case of yogurt cups...yes, the kind we have about 10 of in our fridge at all times. 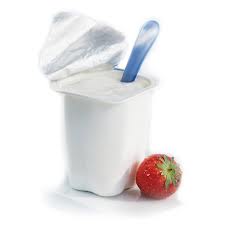 I braced myself for the reaction of my boys, but was pleased as punch to see that they were polite and took it without complaint.  Of course my attitude was not right at all.  I was frustrated because it was cold and late, Alyia was already in bed, and I knew that the boys wouldn't be in bed till around 9:15.

After receiving their yogurts, the kids were dismissed and we were on our way.  Of course, the boys wanted to drink them right then, which was fine.  They were given the choice to have that or the banana that I had brought as a snack.

As we were riding the bus home, they asked me,
"Why were the other kids (and grandmas) so excited to get ONE cup of yogurt."

Heart check for Renee!  That and a big fat teaching opportunity.

I explained how not everyone has the same things we have.  While those yogurts are a staple item in our fridge, Chinese people see them as a treat.  They aren't that expensive, but most people here see it as an unnecessary expense and they'd rather put their extra 3 RMB (50 cents) toward kindergarden tuition.  We compared the attitudes of the kids in the class to our attitudes, particularly pointing out all the presents under the tree. Thankfully, our Christmas shopping is all done, and we only spent about $5 per kid thanks to some generous people who wanted to reward our kids for the lives they lead...that's another blog post for after Christmas!

The lesson here is this:  PERSPECTIVE!  GRATITUDE!  NO EXPECTATION!

The Chinese people never expected to get a gift.  They were excited and grateful for it, yet they will continue to live without future expectation of such treats.  As Christmas is upon us, it's a good reminder for us.  Those presents under the tree--they are "treats".  We should not expect them.   They are blessings that we should be nothing but grateful.  And as our family's birthday season is also approaching...yep, we still have work to do in this area...

Sure, we'll continue to do gifts for our children, but I'm grateful for this perspective lesson that they witnessed with their own eyes and from their own friends. I'm sure it's a story we'll return to on a regular basis, and I'm grateful for the little reminder that I got too.
Posted by Ransom Family 5 at 9:32 AM