Not A Second Choice

"We all know what happens when you assume...."  I'll be nice and spare the repetition of the rest of that statement.

Today, I was approached by a "leader" who said that he was given a message from above for me.  Now, I know that He still speaks to people and that He can use His people to speak to others, but still when someone says that He told them something about me, my skeptical radars go up.  Of course, I'll listen and check it against what I know to be true, but I don't just accept it blindly.  I've seen too much abuse and too many people misled by false messages.

In this case, I nearly laughed when the man told me what the "message" was.  He said that he was told my womb needed to be opened and that he should pray for fruit to come forth.


He was given this "message" a week ago when I was sharing about how thankful I am for my family.  Obviously, he saw my three beautiful children and assumed they were our second choice.  NO!!! We chose to build our family through adoption, and that was our first choice!  YES, I'm offended by this because I don't want others (or my children) thinking we settled for our kids.  Our kids are the best--nothing less.
Just to set the record straight.  There's nothing wrong with my womb, not that it's anyone's business...and why do people assume...there's that nasty word again...assume that it's always the woman that has a problem?  Again, to set the record straight, there's nothing wrong with Josh's swimmers either.  Adoption was something we both expressed as our desire during our first date.

So when this man gave me the message--er, assumption--I pulled out the old acting trick of biting the inside of my cheek to keep from laughing, and dug deep within to gently explain that my womb doesn't need healing and that I don't need it to bring forth fruit.  I explained how a blood line was never something Josh and I considered to be important, and how we chose to use adoption to build our family.  He was gracious in his response, however I think he was taken aback that he "heard" wrong.

In this case, I didn't turn into a donkey and neither did the man who assumed he knew my story.  I just hope that for one person, I was able to show him the importance of getting to know people before claiming to know their desires and motives.

I'm hoping that in sharing this story, that others will learn that kids should never be considered a second choice, never something to be settled for.  Sure, there are those who have their struggles with infertility who ultimately turn to adoption.  I just pray that before they do so, they truly come to a place where adoption becomes their heart's desire, not a fall-back!

All to often the middle child gets overlooked, and we see that is happening to Preston. So here is a post devoted entirely to Preston Amana Ransom.

He's the goofy (goofiest) one in the family! 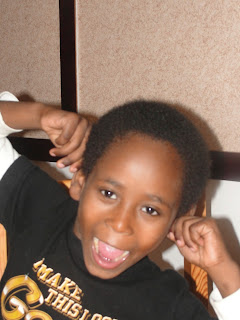 He smiles in EVERY picture! 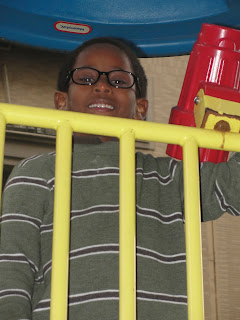 He loves to pick flowers for his Mama! 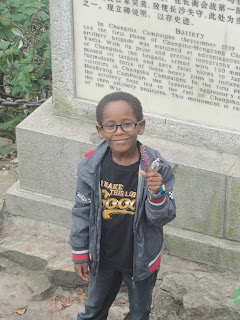 He's the first to say "Thank you" for everything! 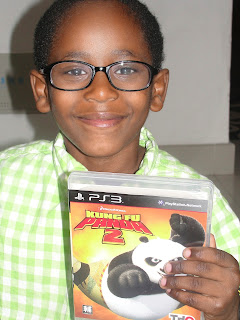 He likes to do his own thing and doesn't necessarily have to always be with someone. 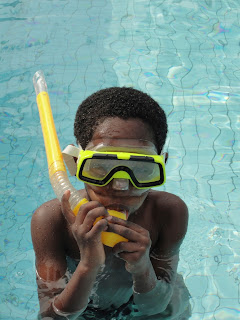 He is so compassionate, even toward his sister when she's carrying a dead fish. 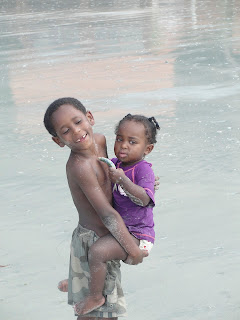 He has a great arm on him and is quite the muscular dude.
He's gonna grow up to be that guy.  You know, the one that has a 6-pack without even trying! 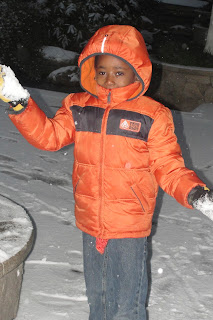 He can turn ANY situation into something fun! 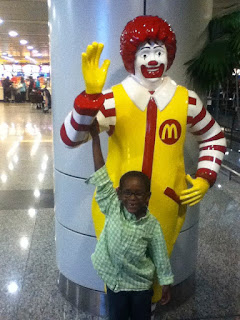 He's so careful and meticulous! 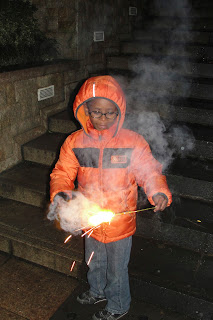 We are so thankful that God has given us this precious son!  Preston does an amazing job of being both a little brother and a big brother (Whew!  My mind gets confused just thinking about that!).  He's taught us all how to enjoy the precious every-day moments of life.  He has shown us how important it is to just enjoy each other, even if we're not doing something special.  He's also taught us that being spontaneous can be fun.


And most importantly...He has just decided that he wants to follow Jesus!
Posted by Ransom Family 5 at 5:56 PM 1 comments

My little man is 7 today. I am so proud of you and the person you are becoming. We have had a lot of change this year, but once again you have handled it well. You are definitely growing up, and we can see that reflected in your life. You are an awesome older brother, and a good example for your siblings. You continue to amaze your Mother and I in every way, and mere words are not enough to express how much we love you.

This is a small list of the things you accomplished this year:
Became an older brother again
Visited: Ethiopia, Malaysia, South Korea, Washington DC, Texas, Oregon, Guangzhou
Moved up several belts in Tai Kwon Do
Got reacquainted with friends and family in America
Started 1st grade
Made many friends
Proved yourself responsible enough to do things outside on your own
Happy Birthday Tegan Mesfin! 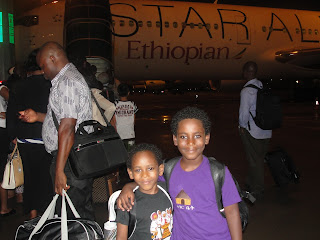 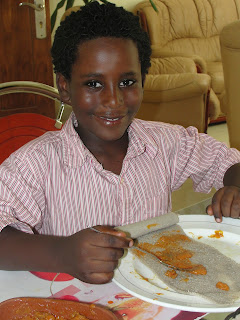 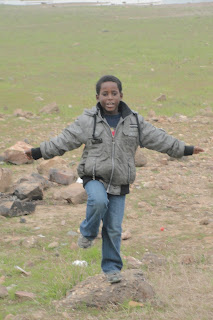 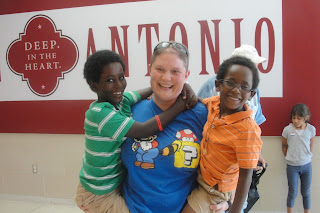 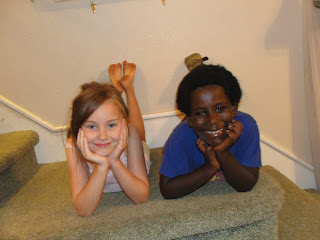 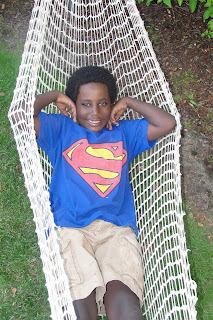 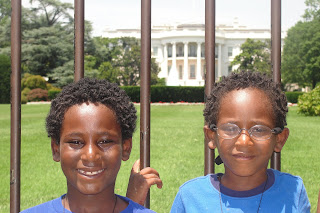 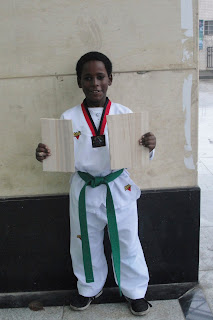 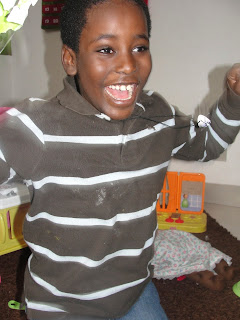 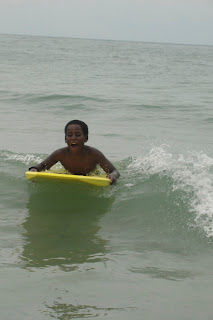 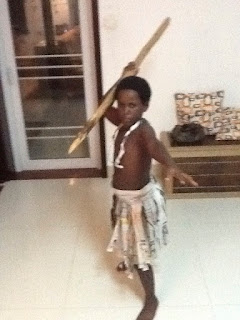 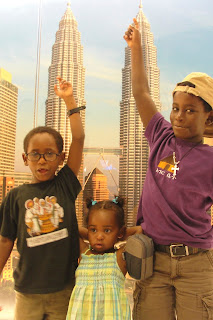 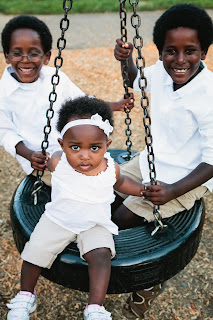 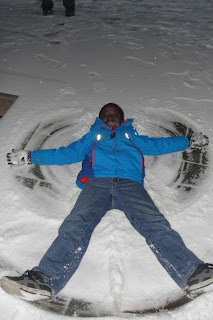